Dawn and her Associates have experience working with both children and adults.  They have served in home settings, public schools, charter schools, early intervention clinics, private practice, hospitals and skilled nursing facilities.  They each hold a Master’s degree in Speech Pathology, Certification from the American Speech and Hearing Association, and California State licensure in speech pathology.  Gold Speech, Inc. collaborates regularly on techniques and therapy ideas.  Dawn feels privileged to work with these professional and dedicated women, whom she considers a strong asset to the practice. 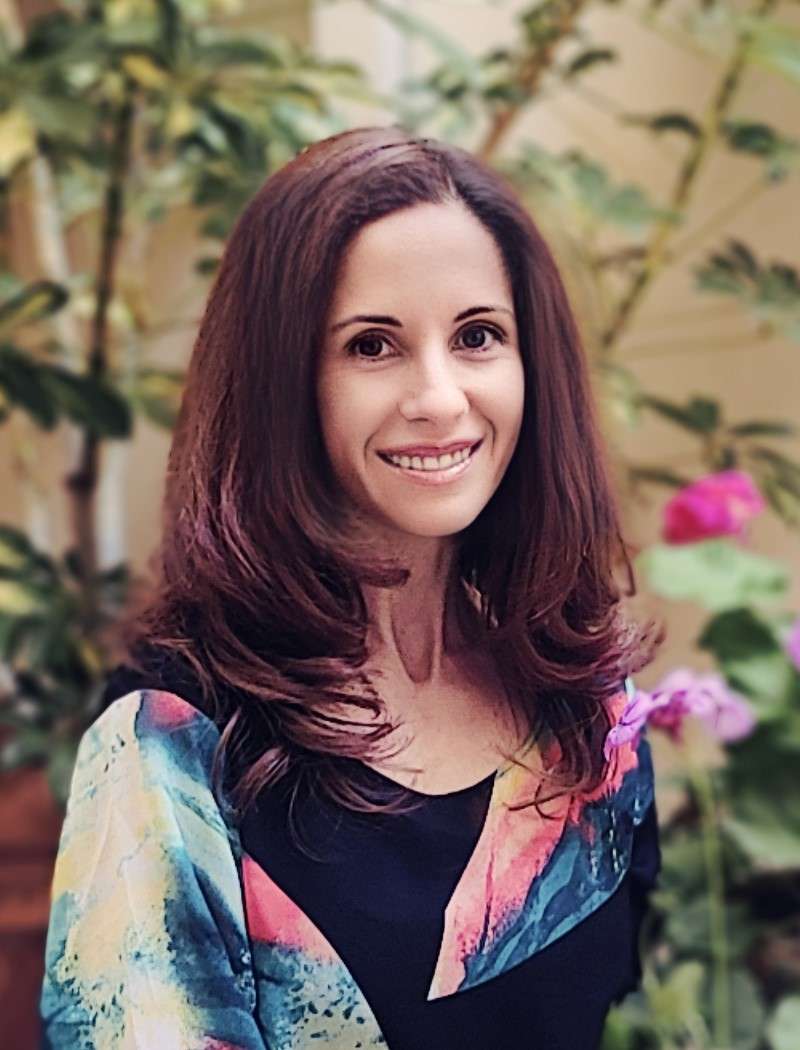 Dawn received her bachelor’s degree from the University of Pennsylvania in Philadelphia, where she studied Bioethics, Spanish and Psychology.  She moved to New York City where she worked in business consulting for a couple of years before returning to graduate school. In 2005 Dawn earned her master’s degree from Columbia University’s Teachers College, with a bilingual extension in Spanish.  Early in her career, she worked full-time with at-risk populations in a Harlem public school. In 2006, newly married, she and her husband spent a month in Guatemala living with a family.  Dawn sought out the sole provider of speech therapy in Antigua, Guatemala and took part in therapy sessions at a government funded public school for children and adults with disabilities and hearing impairment.  From there, she moved to Washington, D.C., where she served as the bilingual speech pathologist at an Easter Seals child development center. To continue her work with adults, Dawn provided evening and weekend services at skilled nursing facilities.  Upon moving to Mountain View, CA in 2008, she continued to serve pediatric and adult clients within a local clinic. There, she built and supervised a Spanish program that spanned four office locations.  In 2009, Dawn was invited by to supervise graduate clinicians in a summer abroad program in La Paz, Bolivia.  At the Hospital del Niño, Dawn led her team conducting hundreds of evaluations and treatment of children whose parents had come from the most rural outskirts of Bolivia to be seen.  After having her first child, and while providing contract speech services for various public school districts, Dawn began to see private clients.  Ultimately, her practice blossomed in 2014, and she expanded her reach beginning in 2016 by bringing on associate SLPs.  Dawn is now blessed with three sweet children.  In her free time (what free time?)  Dawn enjoys practicing yoga, Zumba, photo and video editing, and crafting with scissors, tape and glue. 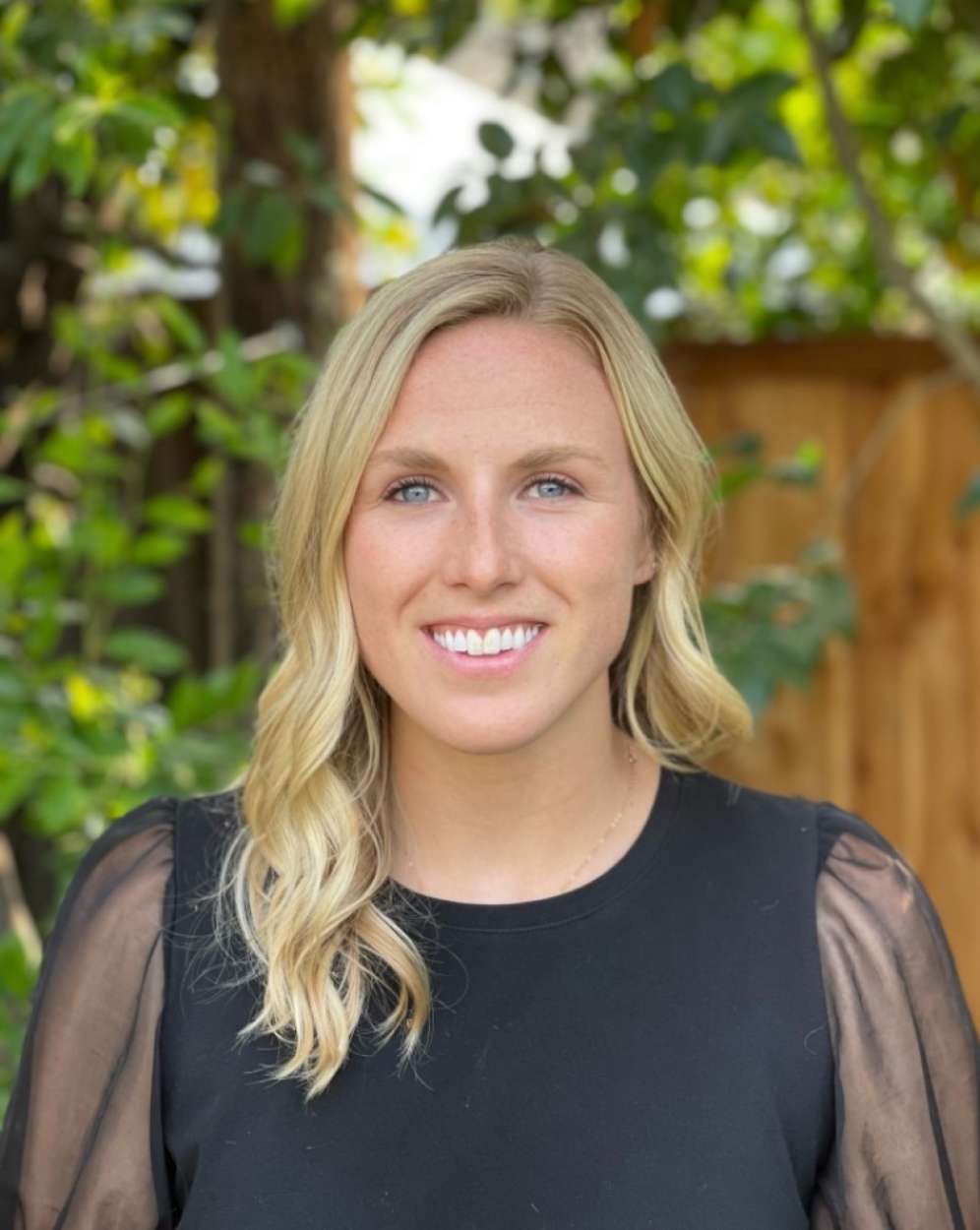 Molly is originally from Carmel, Indiana.  Molly’s passion for becoming a speech pathologist began over the years as she watched her younger sister with Down syndrome struggle with both her receptive and expressive language.  She was able to witness the positive impact speech therapy had on her sister’s life and realized early on she wanted to pursue a career in speech pathology.  Molly’s undergraduate experience came from California University of Pennsylvania where she played collegiate volleyball for four years and received her bachelor’s degree in Communication Sciences and Disorders. Following her undergraduate degree, Molly took a year off and spent time working in a Montessori school as an instructional assistant to children with intellectual and developmental disabilities. She returned to graduate school and in 2017 received her master’s degree in Communication Sciences and Disorders from Rockhurst University in Kansas City, Missouri. After graduating, Molly had the opportunity to do her clinical fellowship in San Jose and fell in love with the area.  She has been providing private in-home pediatric care to clients all around the South Bay area.  Molly’s areas of experience include expressive/receptive disorders and delays, articulation disorders, childhood apraxia of speech, fluency disorders, Down syndrome, ASD and early intervention.  She enjoys collaborating not only with her families but with other professionals.  She is truly passionate about creating strong relationships with her families and teaching them the tools and techniques they need to help their child be the most successful possible.  In her free time, Molly enjoys hiking, playing volleyball, camping, and spending time with her husband and their two dogs Indy and Tripper. 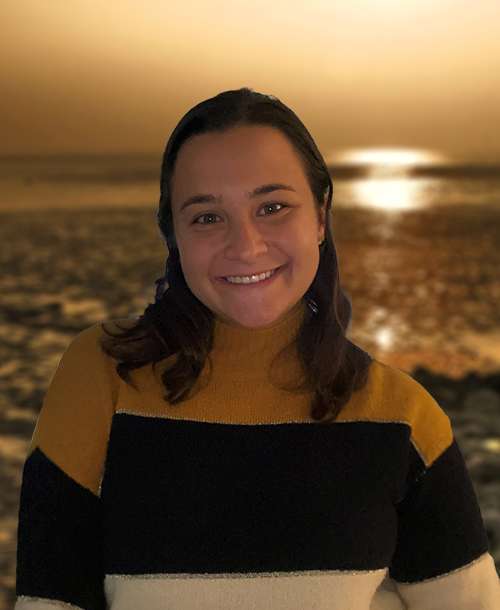 Annie is originally from Westchester, New York. She attended her undergraduate studies at The State University of New York at Cortland and received a bachelor’s degree in communication sciences and disorders with a minor in psychology. Soon after, Annie attended Mercy College where she earned her master’s degree in Speech Language Pathology in 2016. Two year later,  she took the leap to move across the country to California where she served the pediatric population in a charter school and home-based private practice. In the summer of 2022, Annie moved back to NY but has continued working for Gold Speech doing teletherapy. Annie won the first annual scholarship to attend the PROMPT Institute three-day introductory coursework.  She has also completed specialized training in early intervention, social skills, and language-based literacy instruction. While working in the school system, Annie gained experience writing Individualized Education Plans (IEPs) and supervised Speech Language Pathology Assistants and Clinical Fellows.  She loves collaborating and learning from other professionals. Providing home-based services gives Annie the opportunity to guide families in creating natural opportunities for their children to learn and achieve their goals. Annie is passionate about fostering family relationships and believes family involvement is an important part of successful communication!  During her sessions, she takes the time to explain her techniques and coach parents so they feel confident in their child’s treatment plan. In her free time, Annie enjoys going to the beach, hiking, and spending time with her family and friends! 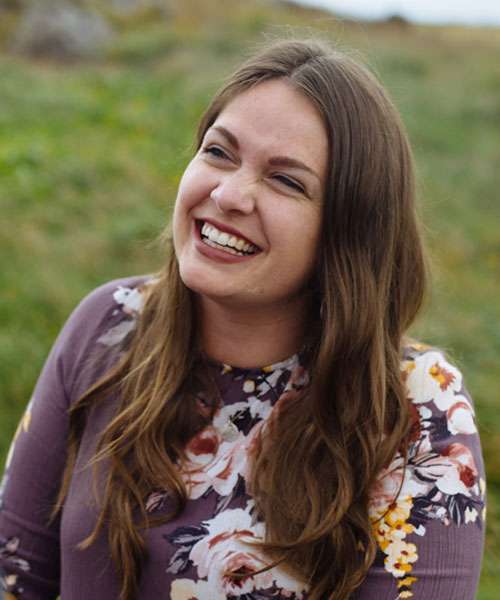 Alison Kee is originally from San Diego, California. She received her undergraduate degree in communication sciences and disorders in Searcy, Arkansas. Always looking for an adventure, Alison lived in South Korea and taught English from 2013 to 2015. She then returned back to the states and completed her master’s in Speech Language Pathology at Loyola University Maryland in 2017.  Continuing her love of travel, Alison spent her first year as a speech-language pathologist in Anchorage, Alaska. Later on, she and her husband moved overseas again to New Zealand where she worked as a speech-language therapist for the Ministry of Education. Alison and her husband returned back home to California and lived in the Bay Area, where she joined Gold Speech in 2019. She has since relocated to the Placerville CA area, where she delivers telehealth assessments and therapy to both children and adults. Given her upbeat and bubbly personality, she’s had no trouble keeping her clients engaged over video calls!  Alison is specialized in early intervention and dyslexia, but enjoys working with a variety of communication disorders and delays.  She strives to always be learning new treatments and techniques, and she loves collaborating with other members of the team.  The thing Alison loves most about being an SLP is forming relationships with her clients and their families. Her goal is to make therapy innovative and fun. Alison enjoys hiking, yoga, playing with her two cats and visiting her baby niece. 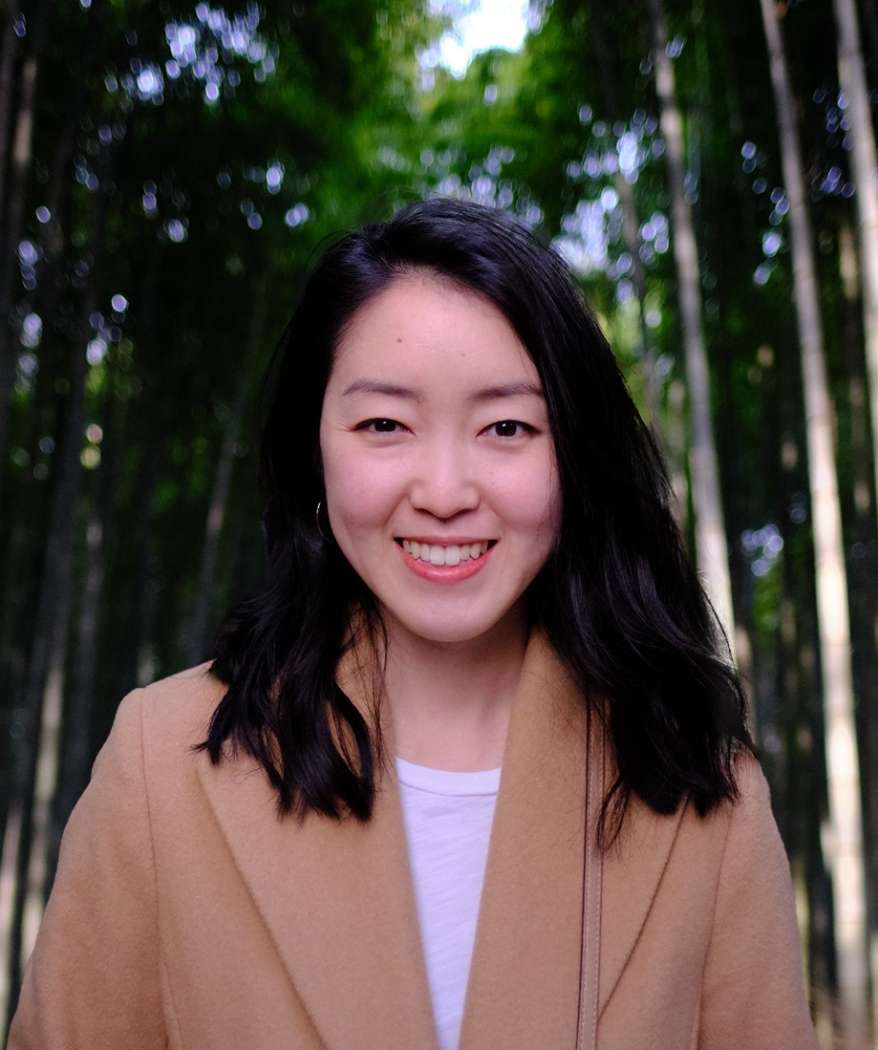 Allison Ko, also known as Ally, grew up in the San Gabriel Valley in Southern California. She received her bachelor’s degree in psychology from the University of California, Berkeley (Go Bears!). As an undergraduate, she learned about the field of speech language pathology and was inspired by the role that therapists play in supporting communication across the lifespan. After college, Ally pursued post-baccalaureate studies at CSU Fullerton, where she worked as a research assistant and presented at national and state-level conventions about autism and augmentative and alternative communication (AAC). In 2019 Ally received her Master’s degree in speech language pathology from the University of Washington in Seattle. Her specialization focused on medically-based services, and she received extensive training in pediatric and adult acute care/ICU, in-patient rehabilitation and outpatient settings in the greater Seattle area. Ally returned to the Bay Area, where she worked full-time at UCSF Medical Center in San Francisco, treating children and adults with medically complex needs including dysphagia, aphasia, cognitive communication, and motor speech (dysarthria and apraxia). She continued to pursue her passion for working with the pediatric population by serving in private practice and school settings throughout the Bay Area. Ally’s areas of expertise include early intervention, expressive and receptive language disorders, autism spectrum disorder, speech sound disorders (articulation, phonology) and parent coaching. Ally is a native Korean speaker and has had the pleasure of working closely with clients and families to provide bilingual speech and language services. As a speech-language pathologist, Ally strives to build strong communication skills for her clients by implementing evidence-based and client-centered treatment approaches. In her free time, Ally enjoys traveling, trying new restaurants with her husband, cycling, reading and cooking. Monika was born and raised in Fort Smith, Arkansas. She attended her undergraduate studies at The University of Arkansas-Fort Smith and received a bachelor’s degree in Marketing. A year later, she attended the University of Central Arkansas, where she earned her master’s degree in Speech-Language Pathology in 2017. Since then, she’s pursued specialized training in early intervention, autism, apraxia, speech fluency, and phonological disorders. Following graduate school, Monika decided to move across the country to California, where she served as a travel Speech-Language Pathologist for a number of years. In this capacity, she worked in a wide array of settings including schools, outpatient clinics, nursing facilities, hospitals, home health, and teletherapy. Through the years, Monika has assessed and treated children and adults across the lifespan with a variety of diagnoses. With her diverse experience, Monika has discovered she’s consistently drawn to the pediatric population, particularly early intervention. In this birth through three age group, she gets to work closely with families. She strives to empower and support them during this what can be an overwhelming chapter in their lives. She is a fierce advocate for her clients and prioritizes quality care. Monika believes that therapy should be fun and filled with laughter!  In her free time, Monika enjoys traveling, going to escape rooms, running, cooking, painting, and spending time with her family and friends. 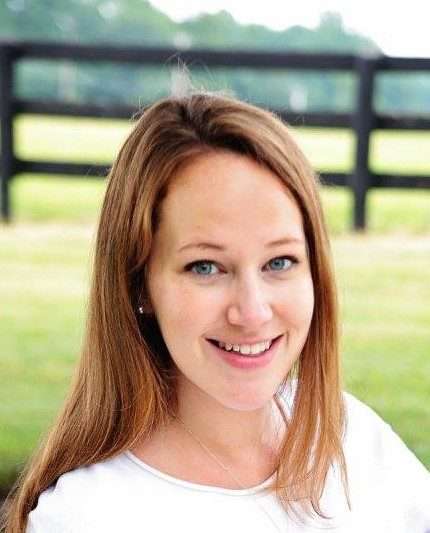 Kathleen grew up in the DC Metro area before moving to North Carolina. She received her Bachelors in Communication Sciences and Disorders from the Pennsylvania State University in 2010. She then received her Masters of Science in Speech-Language Pathology from The University of the District of Columbia in 2012. From there Kathleen worked at KIPP DC Public Charter School with students in preschool through 8th grade, while assisting in founding a new preschool for the network. Kathleen then transitioned to a public school district in Northern Virginia and eventually into private practice after her second child was born.  While being one of the main SLPs for a prestigious Maryland private practice, she was also responsible for coordinating all their social skills groups – streamlining the process for scheduling initial appointments, coordinating group sessions, and managing the payments for the groups. Amazingly, during this time period, Kathleen and her husband had two more children and relocated to North Carolina!  She continued seeing her private practice clients via telehealth and then joined Gold Speech in 2021, where she serves as Intake Coordinator and manages scheduling and superbills.  Kathleen has achieved the full PROMPT certification and completed the Comprehensive Orton Gillingham training through IMSE.  Her clinical expertise includes expressive and receptive language disorders, pragmatic language, motor speech disorders, and dyslexia.  Kathleen greatly values the importance of relationships and works closely with Dawn and the clinicians at Gold Speech to achieve the best outcomes for our team and our clients.  Impressively, she and her husband homeschool their four children. In her spare time, Kathleen enjoys hiking, baking, and is learning how to crochet!